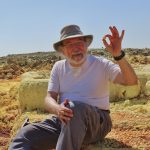 Research Professor of the Consejo Superior de Investigaciones Científicas (CSIC). His main fields of study are the phenomena of self-organization in biological and geological structures, with implications from the origin of life to the synthesis of new materials. Is an internationally recognized expert in mineral genesis, highlighting their studies on the formation of giant crystals and on crystallization of drugs and proteins. He has been chairman of several space crystallization projects coordinating more than 30 European and Japanese laboratories, and has several licensed patents. He is the founder of Triana Science & Technology, a company that offers technology and services in crystallization. Personal webpage http://garciaruiz.net

Dr. Fermín Otálora (IACT, CSIC) has long-term expertise in crystallography, computer simulation, X-ray characterization of crystals and optical experimental techniques. He is a renowned expert of his research field where he has published 51 publications in top-rank Crystallography journals. These publications have received over 810 citations and he has an H-index of 19. He leads an ESA international project and a national project, coordinates the ESA Topical Team on Solution Crystal Growth and is member of the European Space Agency and the Spanish Group of Crystallography Executive Committees. Dr. Otálora brings to PROMETHEUS complementary and necessary expertise on computer simulation of crystal growth processes, especially in counterdiffusion setups, and optical and X-rays experimental techniques. 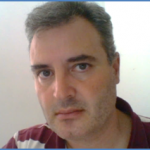 Dr. Carlos J. Garrido (CSIC, IACT) has long-term expertise in the geology, petrology and geochemistry of ultramafic and related rocks. He is a renowned expert of this research field where he has published over 54 publications in top-rank Earth Science journals (J. Petrol., EPSL, Geology, etc…); these publications have received over 1150 citations and has an H-index of 22. He (co)leads 5 EU-funded (ITNs) and nationally funded projects and (co-) advises 5 PhD and post-docs. Dr. Garrido brings to PROMETHEUS complementary and necessary expertise on geology and petrology of peridotite and serpentinites, on the analytical inorganic geochemistry (GS-MS; ICP-MS; clean lab) of solutions and rocks, and on thermodynamic reaction path modelling. He has worked in ultramafic-rock areas where PROMETHEUS will sample alkaline solutions (Oman; New Caledonia; Mid-Atlantic Ridge; etc…).

Prof. Marco Montalti is associate professor at the Department of Chemistry “Giacomo Ciamician” (University of Bologna, Italy). He is the PI of a research group focused on the development of novel photo-active (nano)materials for biological and environmental applications. MM has published over 130 papers in peer reviewed journals that received more than 6000 citations, his h-index is 48 (according to Google Scholar).  He is also co-author of 7 national and international patent applications, and one of the founders of the spin-off CYANAGEN, that develops and produces luminescent probes and labels. He is expert in the development, characterization and application of luminescent sensors for pH and ions detection based on molecular, supramolecular and nanostructured systems. Prof. Montalti contribution to PROMETHEUS is fundamental for the development of new photophysical tools and optical methods for real-time/real-space chemical investigation of the silica biomorphs growth processes.

Dr. Alfonso García-Caballero obtained his PhD in Chemistry from the University of Bangor (UK) in 2005 after graduating as a chemist in the University of Granada in 1999.  He also has three Master degrees in Environmental Chemistry (Bangor University, 2001), Crystallography and Crystallization (Menéndez Pelayo International University, 2010) and R&D Business Management (University of Granada). He joined the Biocomposites Centre in 2006 working as scientist-manager in the area of chemistry and new biomaterials. In 2007, he moved to Granada where he currently works as project manager in the Laboratory of Crystallographic Studies of CSIC, being in charge of the preparation and management of European and National research projects. Within PROMETHEUS, Alfonso will be in charge of the management of the project, database of scientific production and webpage.email: alfonso@lec.csic.es 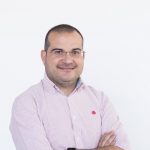 Dr. Cristóbal Verdugo is a PXRD responsible at the Laboratory for Crystallographic Studies, LEC (Spanish National Research Council, CSIC), where he has implemented and developed several applications and methodologies. He obtained his PhD in Chemistry from the University of Córdoba (Spain) in 2011 after graduating as a chemist in the University of Córdoba in 2007.  He also, holds three Master degrees in Fine Chemistry (University of Córdoba, 2008), Crystallography and Crystallization (Menéndez Pelayo International University, 2013) and Technician Health and Safety with the speciality in Occupational Safety (Formastur, 2008). He has a strong background in Powder X-ray Diffraction (PXRD) analysis and crystallization techniques and experience in calorimetric (TGS/DSC), spectroscopic (IR and Raman) methods for materials characterization. Since 2017, he is also, organizing as main instructor, the official CSIC postgraduate course “Basics and Applications of Powder Diffraction: Quantitative and microstructural analysis and Rietveld method”.

Dr. Evgenia-Maria Papaslioti holds a Ph.D in Environmental Geochemistry from the University of Granada, focusing on the ”Environmental Geochemistry of Phosphogypsum leachates in the estuary of Huelva (Spain): weathering processes and mobility of contaminants”. She also, holds an MSc degree in ”Environmental Consultancy” from the University of Newcastle (UK) and she has received her BSc degree in ”Geology and Geo-environment” from the National and Kapodistrian University of Athens (Greece). Her utmost interests and scientific experience include: the study of (bio-)geochemical processes and mineralogy in natural and industrial areas; isotope geochemistry; management and disposal of wastes; analysis of water and soil samples; development and appliance of remediation techniques on contaminated sites. Currently, she works as a postdoctoral researcher for the Prometheus project on the Dallol geothermal area.

Raquel Fernández Penas has graduated as a Chemist from the University of Vigo in 2007. She also, holds two Master degrees in ”Quality, Environment, Health and Safety” (Xunta de GALICIA, 2007) and ”Chemical Science and Technology” (UNED, 2016). Since 2010, she has been working in Granada, in the Laboratory of Cristallographic Studies of CSIC, as a Laboratory Technician. In 2016 she did her Master project in Synthesis and Characterization of Lipase crystals and their application in catalysis process. Currently, she is in charge of  the Instrumental Analysis of UV-Vis, FTIR and Raman Spectroscopy, DLS, and Optical and Electron Microscopy under the framework of the PROMETHEUS project. 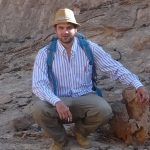 Manolis Giampouras is a Greek PhD student at the University of Granada (Spain). He got his BSc degree in Geology and Geo-environment at the University of Athens (Greece), where he elaborated on mineral texture analysis of a hydrothermal ore deposit (Rhodope, NE Greece). He holds an MSc degree from the University of Newcastle (UK) focused on applied geology, geochemistry and environmental sciences. For his MSc thesis, he specialized in biogeochemical processes within cold-water coral carbonate mounds (Rockall Trough, NE Atlantic). His PhD research focuses on carbonate precipitation in alkaline serpentine-hosted hydrothermal vents. He studies carbonation processes in natural samples from various alkaline spring systems (Samail Ophiolite, Oman and Ronda Peridotite, Spain) and carries out crystallization experiments investigating precipitation in the MgO-CO2-H2O system. His project also includes F/R interaction experiments to examine the effect of hyper-alkaline fluids on different rock types. 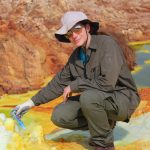 Electra Kotopoulou is a Greek PhD student at CSIC-UGR and joined J.M. García-Ruiz group and Prometheus team in October of 2015. She holds a BSc in Geology and a MSc focused in Geochemistry-Mineralogy, from the University of Athens. During her Master thesis she studied S-Fe-As mineralogy, speciation and geochemistry in marine sediment cores from the shallow-sea hydrothermal vents of Milos volcanic island (HVA, Greece) with the use of various microscopic and Synchrotron-based spectroscopic techniques. Within Prometheus she studies the geochemical plausibility of silica self-assembled membranes and their relation to life-detection studies and prebiotic chemistry. Her work includes fieldwork and sampling in locations around the world relevant for the precipitation of silica self-assembled structures, such as, the Ney Spring of California, the soda lakes of Kenya and the hydrothermal brines of Dallol in Ethiopia, as well as, experimental work in the lab. She investigates the geochemical conditions for the, silica-induced, mineral self-organization in modern Earth to understand the plausibility of these geochemical scenarios in early Earth, before the appearance of life. 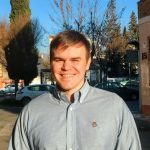 Kevin Hagmann is a German PhD student at the CSIC-University of Granada. He holds a Bachelor and Masters degree in Chemistry which he obtained at the University of Regensburg, Germany. In his Bachelor research he focused on reaction pathways of pentaphosphaferrocences in organometallic chemistry as well as the functionalization of nanoparticles for organic synthesis. For his Masters degree he specialized in physical, inorganic and analytical chemistry. In his Master thesis he simulated conditions on a primordial Earth to investigate the formation of organic building blocks in the context of the origin of life. Within the framework of the PROMETHEUS project, Kevin is pursuing his PhD in Chemistry and continuing his research on prebiotic chemistry. His major focus is the pattern formation and mineral self-organization in highly alkaline natural environments.

Julian Opel is a German PhD student at the University of Konstanz (Germany) in the group of Prof. Helmut Cölfen. He got his M. Sc. in chemistry in 2015. In his Master thesis, he investigated new strategies to functionalize silica-biomorphs with various functional groups, organic molecules and inorganic nano particles to lern more about the inner structure of biomorphs and to turn these fascinating structures into a functional material. For the PhD, Julian continuous his research about biomorphs and silica gardens in the framework of the Project PROMETHEUS. 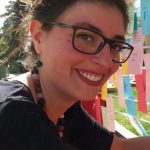 Jeannette Manzi is an Italian PhD student at the University of Bologna (Italy).  She holds a BSc degree in Chemistry and Material Chemistry at the University of Bologna, where she studied electrochemistry of modified micrographites, from pristin materials to functionalized surfaces. She got her MSc degree in Photochemistry and Material Chemistry at the University of Bologna, where her research was focused on monitoring the pH changes at the front of biomorphs’ growth using fluorescence microscopy. Within her PhD programme, she will follow up the work that she has started in her Master thesis and analyze the role of pH in phenomenon of mineral self-assembly and during serpentinization of olivine, using wide field and confocal fluorescence microscopy.

Britta Maier is a German PhD student at the University of Konstanz (Germany). She holds a BSc degree in Chemistry at the University of Rostock, where she studied alpha-heterodonor substituted alkynes as functionals and bridging ligands. She received her MSc degree in Chemistry at the University of Konstanz, where her research was focused on the investigation of superparamagnetic iron oxide nanoparticle assembly in an external magnetic field. Within her PhD program, she will combine fundamental research on silica-biomorph structures with their functionalization with e.g. nanoparticles to obtain functional microtools for broad applications in fields of optics, electronics and catalysis.

Melese Getenet Dessie is an Ethiopian PhD student at the University of Granada (IACT-CSIC). He joined J.M García-Ruiz’s lab in June 2018. He got his BSc degree in Geology from Bahir Dar University (Ethiopia). He received his MSc degree in Physical Land Resources from Free University of Brussels (Belgium). His MSc thesis was on groundwater hydrochemistry and recharge estimation of a river catchment in Upper Blue Nile Basin (Ethiopia). His PhD focuses on mineral self-organization and pattern formation in high-pH and carbonate-rich soda lakes of the East African Rift Valley. In detail, he investigates evaporation-driven mineral precipitation and hydrogeochemical evolution of soda lakes, mineral self-organization in soda lakes and their geochemical plausibility on early Earth, and characterizes Lake Magadi chert deposits in terms of abiotic and biological pattern formation, and relevance to life detection on early Earth. 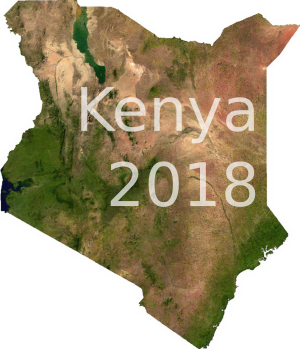